I have been speaking Spanish my whole life. My parents, being from Mexico, spoke Spanish. I learned to pray in Spanish, and my lullabies, cartoons, stories….all in Spanish. My older siblings spoke to me in English. At the tender age of 5, I was translating for my mom during parent-teacher conferences. SO WHY IN THE HECK DOES MY CHILD NOT SPEAK SPANISH?

Because I stopped speaking it to him…and it’s been one of my biggest regrets.

When my son was a baby, I would talk to him in both languages. One of his first words was “agua”. As time passed on, we noticed that his speech was not developing. His pediatrician recommended getting him tested for hearing loss and other things that might be impairing his speech development and that’s how we found out he had Receptive Language Disorder. In a nutshell, he was having a hard time understanding and processing what was being said to him. My husband and I spoke about what we could do at home to help him (in addition to speech therapy), and we decided that maybe sticking to one language would help him, since he wouldn’t have to try and understand/process more than one language at a time. Was it the right thing to do? At the time, we thought it was. Thankfully, with the help of some amazing speech therapists, he was talking more and more by the end of his first year of speech therapy. He was 3, and his few Spanish words were gone.

Why is this a big deal?

Not only were his few words gone, but so was the ability to communicate with my parents. Growing up in a Mexican household, speaking Spanish became such an important part of our identity. It helped us keep connected to our culture in a place where our culture was not accepted the way it is today (and even then…well, you know). My parents gush over other children who can speak Spanish. They don’t shun my little one or anything, but it kind of hurts to see him and my mom struggle to understand each other. “Mom! Why I no speak Spanish like you and Tita?!”. Hearing those little words cut through me like a knife through butter. We speak it a lot more now and he understands it for the most part. He still has some problems with word pronunciations in English, so it is harder for him to try and pronounce Spanish words.

I feel like a hypocrite when I talk about how proud I am to be a child of Mexican immigrants…of how proud I am of our culture. “Ah, no que muy ch*ng*na, pues?!” Haha (insert crying emoji).

I’m sitting here at my table, drinking some hard cider, waiting for my clothes to finish washing, and just mustering up the courage and energy to continue writing. I don’t think I’ve ever been this open about this to anyone besides my husband and my best friend.

World, we need to stop putting importance on what our children can do and put more importance on who they are. I know it sounds like common sense, but it’s probably easier said than done. I know I am not the only person out there who feels this way, as I have read about other mothers who struggle to keep their own second language, in a world where English is the major language. When someone asks me why he doesn’t speak Spanish (with such a sad face) I always just say “eh, we’re trying”. But in reality, it is none of your business.  Not speaking Spanish does not make him any less a part of our culture or any less a part of our family. It does not dictate his value as a person, and it does not dictate my values as a mother. The mom guilt is real and we’re all doing the best we can. I mean if you really want to get into the deeper stuff, Spanish was an indoctrinated language that erased many Indigenous languages…but that’s something for another day. My main point is that I am trying very hard here, and that’s all that matters. I’m not trying to make an excuse for why he doesn’t speak it, and quite honestly, I feel like I really need to try and stop explaining myself to other people. But the truth is that the person I’m really trying to convince is myself. I don’t think I have reached that point to where I believe what I am saying, but I hope that one day I won’t have to convince myself and I’ll just let things kind of roll off my shoulder.

*Disclaimer. I am in no way discouraging people from teaching their children a second language.*

With all that being said, we are still trying to learn more Spanish, seeing as how my Spanish is also disappearing. Playing games has been a great way to learn. We like to play Loteria, which is similar to Bingo, only more fun and includes pictures. I bought a child-friendly version of it from Lil Libros (not sponsored) and it includes the English and Spanish words to read off. We gradually moved up to the real Loteria and now my son likes to make it more interesting and plays for quarters. We do this, on top of doing a light version of immersion Spanish from time to time. I usually speak in both languages so he can try to make the mental connections to the words.  It really does take time and patience. Sometimes it can be a real struggle when you live in an area that is heavily structured around a single spoken language. It’s not easy, but it’s not impossible and I applaud everyone who is working with their children to learn another language.

Oh! A quick side note! Grandparents are such a huge blessing. My parents have been visiting for a month and they have been so patient with the communication between them and my son. They have been teaching each other how to say things in both languages and they seem to understand each other. Love is definitely a universal language, so it works out.

Languages are important. It is a way we can communicate with one another. Languages help with brain development in tiny humans. There is definitely an importance in keeping languages alive but I don’t think they should dictate the validity in your identity. You have no idea how hard it was for me to type out that sentence. Para mi gente leyendo esto, el no poder hablar el Espanol no es indicativo de ser menos parte de la cultura en cual tu perteneces. For my people reading this, not being able to speak Spanish does not make you any less part of your cultural background. In my case, it does not make you any less Mexican. There are various ways to keep connected to your culture despite having a language barrier. If you ever watched the movie Selena, there is a part in there where the dad is explaining to their children that as Mexican Americans, we have to try and prove how Mexican we are to our Mexican people, and then we have to prove how American we are to our American people. That resonated with me so much and still does to this day.

It’s about time we, in the Mexican/Latinx community, stop looking down at our generations as “less than” or “other” simply because they cannot speak Spanish. We must start coming together as a group to support and lift one another especially in times when our respective communities are hurting.  Unidos se puede (together, we can.)

Thanks for reading my late-night confessions. My clothes are in the dryer, and my cider is all gone. I hope you all have a good day/night. 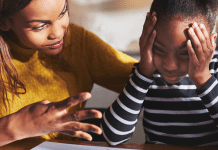