Two months before the date, I saw a Facebook ad looking for babies to participate in a diaper derby during the halftime festivities of an NAU Football game.  My daughter was within the age of the babies they were looking for, so I thought we would give it a shot.

The requirements were simple: participants should be between 6-12 months old and crawling, but not yet walking.  Learning to walk before the date of the game was actually grounds for disqualification.  If selected, the babies would be placed on a course in the end zone and race each other for $529 towards an AZ529 College Fund.  My daughter was very slow to crawl, so I had no doubt that she would still be crawling on the date of the race and figured that any practice crawling could definitely help her.

My daughter was picked as one of only six participants, which we didn’t know until the day of the event. My husband and I prepared for our first NAU football game in 6 years- since my husband was a senior in college.  We made jokes about coaching our daughter’s crawling efforts, “training” her for her big race.  We even coaxed her into crawling up our stairs a few times a week, Rocky-style (with spotters, of course). 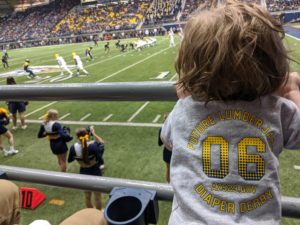 The football game itself was loud and chaotic, instantly sending both my husband and me back to our marching band days.  We arrived early with time to tailgate, say hi to a few friends, and look for Louie the Lumberjack in hopes of getting a game day family picture.  We met the representative from AZ529, the Diaper Derby sponsor, who gave us an exclusive shirt and free tickets for some excellent seats.

There were just two things I wish I had thought through while planning for the event: 1) trading our 2:00 pm nap for a loud, stimulating environment probably wasn’t our best parenting decision (most of the other derby families arrived MUCH later than we did) and 2) We seemed to be the only people in the world that didn’t know NAU now has a clear bag policy.  Security told us that we were not permitted to bring our diaper bag into the game and our car was forever far away.

Just before half time, we were ushered out of our seats and down onto the field near one of the end zones.  Our expectations were pretty low.  I actually kept simplifying our experience by telling myself we were participating in a human version of the puppy bowl (and I was so proud to provide cute entertainment).  Our handler told us that we shouldn’t worry about strategy or luck, which was part of the entertainment.  Last year, he said, the babies just sat down and starred at each other for what seemed like 5 minutes before one decided to do some crawling.

The actual race happened pretty quickly.  They called each baby by the number on their jersey and read a short bio. Each bio included a nickname we picked for our babe, his/her favorite toys, weight, and favorite food as we lined them up with one parent on either side.  We picked “speedy” plus a nickname for our daughter, an ironic combination.  Since the announcer couldn’t actually see if the babies were set and ready, the last two families were rushed out onto the field without really having time to “set” ourselves and show our babies where the second parent went, adding to the laugh ability of it all.

The babies were all adorable and were all adorably confused.  They all wanted to play with the cones signifying the edge of the track AND, just like last year, they spent what felt like an eternity unsure where or how to move.  I and the other four moms on the finish line, desperately called our for our babies, brandishing their favorite toys and hoping to be heard over the din of the crowd.  Developmentally, our children were not prepared to come on command whether or not they could even hear their names.  Eventually, my daughter started heading my way, but it was too late.  Baby #1 had crossed the finish line.  Her mom’s secret?  A clementine.  Even they had fallen into the excitement of the day and left their daughter’s favorite toys at home.  Part of the fun of the event was recognizing the calamity of it all and how futile our actions ended up being once our children’s wills came into play.

As consolation, we heard from several friends after the game who had the pleasure of viewing our struggle from the jumbotron.  They all commented on how cute the whole ordeal was and how fun it was to see a baby they knew.   Not a single one mentioned the outcome.  Laughably, as we left the game and began the hike back to our car, my husband and I were already calculating and scheming about the possibility of entering another baby into the diaper derby if our family timing might happen to work out again. 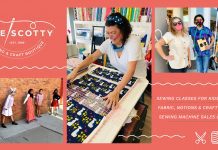 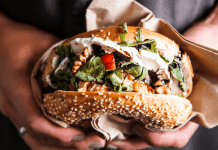 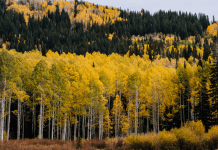