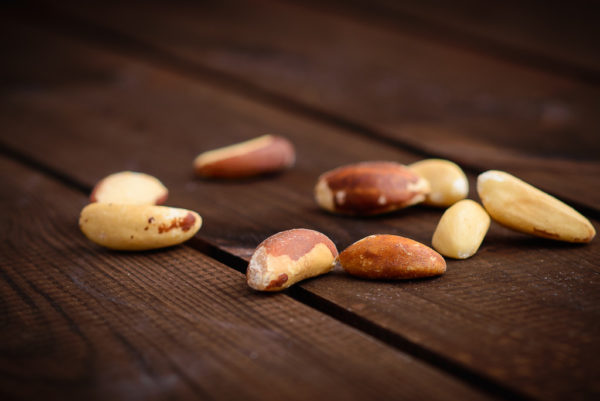 I know I am not alone here! Food allergies are so common now. When I was a kid I had one friend allergic to cats and one or so allergic to pollen. I’m pretty sure the pollen one was just very annoying, but not life-threatening. But today food allergies are so common! I have a few theories on that but we can save that for a chat in person. My son is allergic to several tree nuts (and sesame until a few weeks ago, more on that later!). While he has never had an anaphylactic attack, my husband has and it is really scary stuff!

How We Found Out

We found out that my son had food allergies when he was about 2 years old. He had eaten something and shortly after he had large red hives on his skin. We took him to the pediatrician, who sent us to an allergist. He had his blood drawn and we were later told to avoid kiwi, avocado, tree nuts and sesame. And carry an epic pen everywhere we went! Whew! That was a lot to take in! Shortly after that, he grew out of the kiwi and avocado allergies. We moved to Flagstaff and the new allergist said the same, keep avoiding these foods at all costs!

About a year ago I was told that some allergists offer food challenges and the much newer protocol, oral immunotherapy. We went to an allergy doctor in Phoenix and did another blood and skin scratch test. Because of my son’s blood work, the doctor felt that we could challenge a few of these foods under very safe conditions, in his office. Since then he passed his almond and sesame seed challenges! This has been so life changing! He also has unfortunately failed hazelnut, cashew, and pecan.

What’s The Next Step?

So looking forward, we have two choices (that I know of!), which are avoidance (and hoping there is never an accidental ingestion), or a newer treatment called Oral Immunotherapy. It is currently offered in Phoenix by one doctor that I know of. It is a desensitization procedure, not a cure. But it is giving hope and comfort to many people already and I am excited to learn more about it!

Does anyone in your family have a food allergy? How do you manage it?