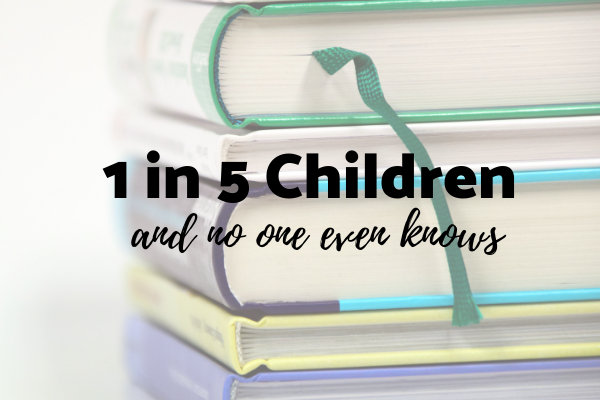 October is Dyslexia Awareness Month and I’m learning we are grotesquely unaware.

Part of it could be that the Dyslexia folks chose one of the most frequently used awareness months to throw their hat into the arena. October – really? How about March, which currently has “Frozen Food Month” listed on my calendar. But I digress.

Here’s why this matters: It’s estimated 1 in 5 children suffer from true dyslexia, and no one knows what it is.

If you do an Internet search, you get this pathetic definition: A general term for disorders that involve difficulty in learning to read or interpret words, letters, and other symbols, but that do not affect general intelligence.

But when you visit The International Dyslexia Association website, you get this very detailed definition: Dyslexia is a specific learning disability that is neurobiological in origin. It is characterized by difficulties with accurate and/or fluent word recognition and by poor spelling and decoding abilities. These difficulties typically result from a deficit in the phonological component of language that is often unexpected in relation to other cognitive abilities and the provision of effective classroom instruction. Secondary consequences may include problems in reading comprehension and reduced reading experience that can impede growth of vocabulary and background knowledge.

Dyslexia is neurobiological in origin.

So while they’re graciously offering my daughter 120 minutes of special education time each week, it’s essentially 120 minutes of both the special ed teacher and my daughter banging their heads against a wall. What’s more, I’m learning that depending on the program the school uses, it could actually be detrimental to the private dyslexia tutoring we’re seeking in the programs she needs.

It’s not the school’s fault.

Society in general has not caught up to this disability, as evidenced in the above Internet definition lacking any true understanding.

In 1963 (NOT A TYPO), Careth Ellingson wrote in the Saturday Review: “It would be difficult, if not impossible, to find any other disability affecting so many millions of children in the United States today, on which so much research has been done, so many thousands of articles written and yet concerning which so very little information has reached the average teacher or physician to say nothing of parents and the public. THESE CHILDREN ARE AS HANDICAPPED BY THE IGNORANCE SURROUNDING THEIR PROBLEM AS THEY ARE BY THE PROBLEM ITSELF”

That statement is still true today.

So let’s shed our ignorance, starting with a few Dyslexia Fast Facts.

Whoops…there are no fast facts. To really understand its complexity (especially if you worry your child might be dyslexic), I highly recommend reading Overcoming Dyslexia. But you should know:

The most important Fast Fact?

There are serious gaps in awareness, understanding and treatment.

I had the resources to have my child privately tested – in Phoenix – and am now able to pay for private tutoring. What about the dyslexic child whose family can’t afford that? The dyslexic child passed through the system but held back in third grade when they can’t ever begin to hope to pass AZMerit?

One in Five children suffer from dyslexia.

One in Five children are faking their way through school, unable to really read.

One in Five children need someone to teach them differently if they’re going to succeed.

We. Are. Failing. Them. And no one even knows. 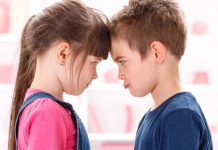