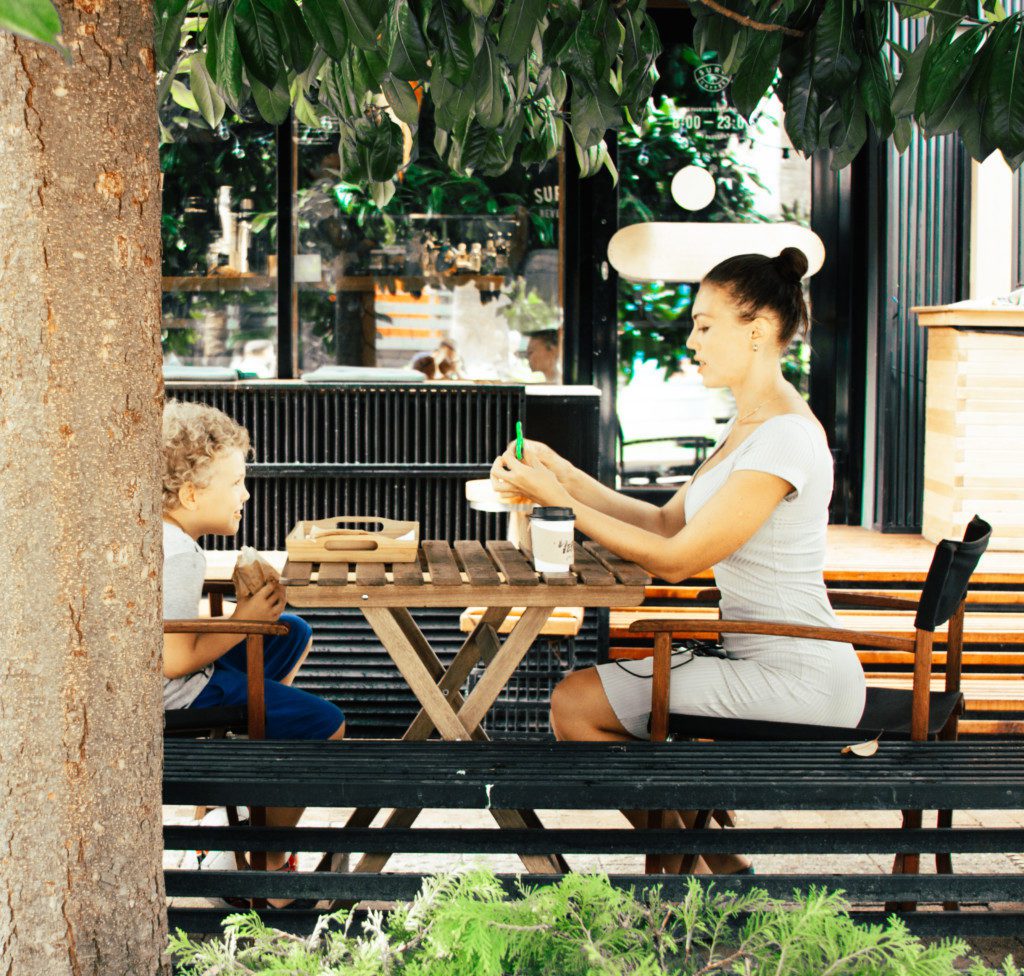 Before I had kids, if I was approached in public for money, I would feel nervous and sometimes threatened. I would also get a bit irritated and ask myself, ‘if you are truly not a threat to me, then why aren’t you asking a man or a group of people instead of a single woman alone?’ and just assumed it was because the person asking thought I might feel intimidated into giving them something. But now that I have kids, these types of situations are magnified with my main responsibility of protecting my children.
Last week on a beautiful sunny afternoon I was waiting in my car with my two small children for my friend to come out of the restaurant we had just eaten in. My doors were locked, windows up, and I had the car running. I am always a little paranoid and on the lookout (but I’m also afraid I am too overly cautious and anxious). That is when I saw two guys roaming the parking lot. One began to approach my car and as I waved my head no he came up to my driver side window and continued to stand there.
I shook my head no again and when he refused to leave I put my car in drive. Luckily there was not a car parked in the parking spot in front of me so I was able to pull straight through and that is when I saw his friend approaching my car as well. I don’t know if anything more would have happened but all I know is that I had my children with me and I had to protect them and get out of the current situation. I circled the parking lot a few times since I still had to wait for my friend. I watched these men ask a few more people for money before walking off down the street. That is when my friend came out of the restaurant and I was able to safely pick her up.

After knowing that everything was OK I began to get a little angry.

In the mix of all of the worries that parents have to go through on a daily basis to make sure that their kids are safe and healthy we also have to worry about things as simple as running to the grocery store to buy milk. I admit that anytime I go somewhere in public I think about the location of the place, the parking lot, and how easy it is for me to get in and out of the building that I want to go to. I usually have two kids, a car seat, a large stroller, a baby bag, and possibly more. This means it takes me a while to load and unload my car. So on any given day, I feel like I have a target on my back.

I am all for helping people in need and in emergency situations.

But I do not like to be threatened or feel intimidated into giving anybody a handout, especially when there are other people and businesses around that would be better options than a single woman or a woman with small children. I may genuinely want to help, but can’t risk getting into a potentially dangerous situation with my kids.

Moms, what do you do when you don’t feel safe in public settings?