A case could be made that turtles are one of the coolest animals on the planet. It’s not just because Leonardo, Raphael, Donatello, and Michelangelo have been making turtles totally tubular since the ‘80s. Truly, the rad-ness of turtles goes back farther – way farther. For over 200 million years, these uniquely shelled-and-backboned animals have been outliving and outlasting other animals, like the dinosaurs. They’ve been surviving plate tectonics, oscillating climate extremes, and insanely enormous predators (because you know, the Ice Age was a massively wild time). Turtles can live in all types of climates – from the low, hot deserts of the southwest USA to the deep freezes of Canada, and beyond. And yet, despite all of that, did you know that Flagstaff is an utterly turtle-less place?

Well, almost. Technically, Flagstaff does not have any turtle species that are native to the area, but there are some ponds that have non-native turtles – mostly pond sliders or painted turtles. Both are popular pets that have ended up in ponds or other water bodies after being released by owners who no longer want to keep them. It’s likely that most people don’t realize how large some turtles will become, or that a well-cared for pet aquatic turtle could live thirty or more years! However, releasing these pets into the wild is less than totally tubular. They can introduce disease and parasites to native turtles and displace native turtle populations. This can especially impact small populations of native turtles that are already facing many other negative impacts, like degrading habitat and a drying climate.

Need to surrender a pet turtle? There are places where you can safely take your beloved pet without releasing it into the wild, like the Phoenix Herpetological Sanctuary or the Turtle and Tortoise Preservation Group Community.

But aquatic turtles in the desert? What are they doing there? How do they survive?

Enter one shining example in Arizona, the Sonora mud turtle, which survives in the desert and can be seen less than an hour south of Flagstaff on a day trip to Montezuma Well. The well is a detached unit of Montezuma Castle National Monument, and provides a permanent water source for the native Sonora mud turtle. The well is technically a limestone sinkhole. It’s fed by a spring, so water is always bubbling up into it. Because the water coming into the well is flowing through carbonate rock (the limestone), the water is highly carbonated – kind of like soda water! With all that carbon dioxide in the water, the well can’t sustain fish like the adjacent Wet Beaver Creek can because there isn’t enough oxygen in the water. However, turtles don’t get oxygen from the water – they breathe the air – so the Sonora mud turtles can live in the well, no problem. In fact, the mud turtles that live there are the ONLY native aquatic vertebrates in the well. There are the totally tubular turtles again, surviving and outlasting in an environment too weird for other vertebrates! Indeed, turtles are one of the coolest animals on the planet. The Sonora mud turtles can also be found in the adjacent Wet Beaver Creek, as well as in other parts of Arizona, but the well is just about the closest place to Flagstaff where you can view them (see my tips below to spot them at Montezuma Well!).

The population of turtles at Montezuma Well suffered a major decline over the years as people who didn’t want their pet turtles anymore released them in the well. Over time, many of these larger, non-native turtles displaced the smaller, native mud turtles. Almost fifteen years ago, the National Park Service initiated an effort to trap and remove the non-native turtles from Montezuma Well. Since then, the native mud turtles have been steadily bouncing back. In other areas of their range, they survive things like flash floods, streams or pools that dry up, and extreme temperatures. What happens if their water source dries up completely? Sometimes they move over land to find more water. Other times, they will bury themselves on land, going without food or water for weeks while they wait for conditions to improve. It would be a tough break for an animal that normally lives in the water. Luckily for the mud turtles at Montezuma Well, they always have bubbling water and a buggy source of food.

What’s the best way for you and your kids to see these totally rad, wild, shelled reptiles? Head to Montezuma Well early in the day during the spring and summer (near the Park opening time). Bring your binoculars! Stand at the top of the well, and you can see them out of the water, soaking up the sun on the rocks and logs ringing the well. Sonora mud turtles at Montezuma Well can also be spotted in the water, but they are often covered in algae, making them even more difficult to spot. Are you turtle-y up to the challenge?

For more information on mud turtles in Arizona, see the Arizona Game and Fish Department website, and always remember to follow their sage advice on keeping our wild friends safe: 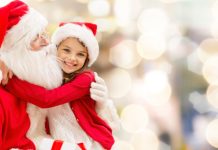 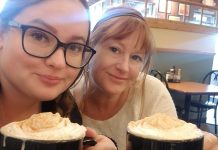 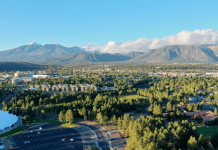