The first Friday in June is National Doughnut Day.

This means that you have to stop for a doughnut at some point during the day. 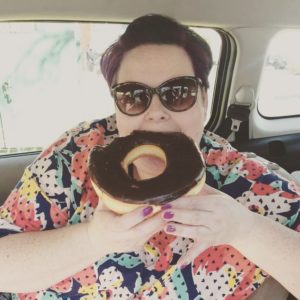 Flagstaff only has one Dunkin’ Donuts location so be prepared to wait in line for your FREE DOUGHNUT with purchase of a beverage.

Sadly we do not have a Krispy Kreme in town but there are locations in Phoenix that will give away a free one, no strings attached.

Did you know that National Doughnut Day was started in 1938 by a branch of the Salvation Army located in Chicago? It was a fundraiser and honored the women that gave them to soldiers during World War I in France. They were handed out as emotional support. 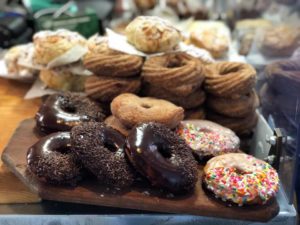 For locals, head downtown to try a doughnut at Tourist Home All Day Cafe

Side Note: Do you spell it DONUT or DOUGHNUT? Just wondering.

If you are willing to brave some hot oil, you can make your own at home. I found a simple way using canned large biscuits. 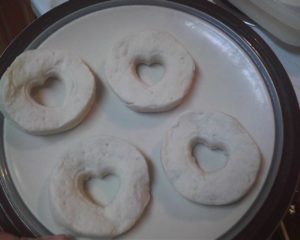 Heat oil in a deep skillet, you want it hot enough to brown the outside and cook the biscuit into a yummy doughnut without burning it.

It was a session of trial and error the first time I made them at home. Sorry that isn’t more helpful.

Brown one side and then carefully flip each without splashing the hot oil. Cook the other side, and then remove. Place them on paper towels to collect the excess oil. 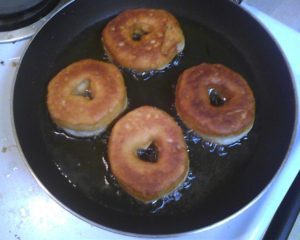 In the past we have dipped the them in melted butter and then a mixture of cinnamon sugar. You could also use, icing and sprinkles, or a glaze. 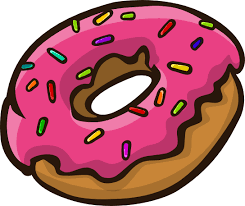