A while back I wrote a post about enjoying night time wakings and feedings with my newborn (here). Looking back I truly feel that I soaked up as much late night, swaddled baby burrito cuddles as I could. Fast forward 21 months later – I’m done. Like stick a fork in me done. Since birth, my daughter had only slept through the night about five times. Which also means I had only slept through the night in the past 21 months about five times. At this point I was tired and grumpy to say the least, keeping me from being the mom I wanted to be.

So I finally caved and shelled out the money for a sleep coach.

I had heard about sleep coaches but figured my daughter would eventually learn to sleep on hear own like my older daughter had. So one year was quickly turning into two years and she was definitely not sleeping through the night. There was crying when she went to bed, middle of the night wakings, and early morning wakings. Naps however, were falling into place. Months before, she began to go down easily for her one remaining nap a day and she would sleep for close to three hours. This is how my older daughter napped at that age, so I figured the night sleep would follow. Nope.

I had heard of an amazing sleep coach in a nearby city that friends had used to help their own children sleep with success. She had become very successful in the past few years and now offered an online sleep course. This course included a blog, videos, a workbook, Facebook group help and even phone calls with a specialist or the coach herself. The program was intended for babies 5-24 months so if I was going to do this, I had to do it now.

The basic premise was to commit to 14 days of sleep training, and I whole-heartidly did. Those 14 days were tough, but really not much worse than what I had already been dealing with, and at least this time I had a plan and help.

How did it go? 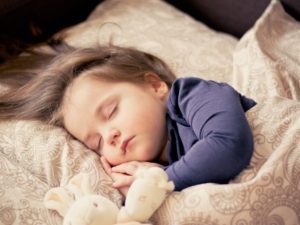 I can happily say that since then, after those two weeks, my daughter sleeps trough the night (yay!). Tackling the early morning wakings were the toughest. We tried to get her to sleep until at least 6 a.m. and for the most part, she did and still does, with an occasional earlier waking. Since she is now almost two years old, I have also introduced a wake up clock to help her know exactly when ‘morning’ is since it is still dark at that time, which I assume makes it confusing for her to know when it is okay to wake up mommy and daddy. I think it is helping, but we are working on it.

Overall, I am so glad I went through the course and actually wish I had done it earlier. We still have a some crying at bed time and a few early morning wakings here and there, but it is so much better than it was. I no longer feel like a complete zombie every day and I believe my daughter is feeling better too.

Every child and what they need is unique, and conquering sleep is just plain hard. I would love to know what other parents have done to master sleep in their households. 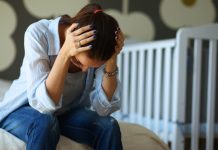 I See You, Single Mama 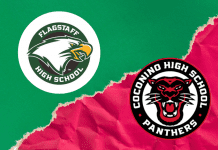 Bringing School Rivalry Home: Why I Might Go Crazy