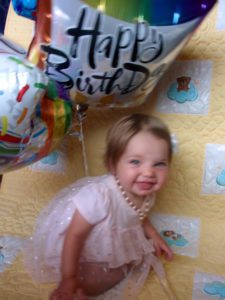 Congratulations! You have survived the first year of parenthood and now you get to celebrate. Keeping in mind that this is a party for you to enjoy, and not your baby, let me impart some tips and tricks to keep this party from going overboard.

If you have a summer baby, like I do, plan on the park. Now, you could reserve the Ramada for $150 or you could just wing it. The local park my baby’s birthday was at has three ramadas, none of which were being used when we came to set up.

We bought a few decorations from the dollar store, but nothing really compares to nature, no need to go overboard.

As far as entertainment goes, if you’re having a park party, congratulations, the park is the entertainment- have fun kids!

Paper invites might be worth it if my daughter’s classmates were not infants. Instead, I emailed their moms, Facebooked my friends and texted the rest.

Plan your party between meals, this way you can just have appetizers and desserts, which is all anyone really wants anyway.

For Suzie’s birthday, we had the basics: chips and salsa, hummus and veggies, fruit tray and the like. None of this prepackaged. We bought what was on sale. I also made some Rainbow Pinwheels, which were super cheap and easy to make.

Remember that a party for a baby may have some baby and sibling guests, but mostly will be filled with adults. Give them what they want: beer. We also brought a big water jug and juices for anyone underage 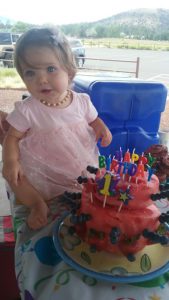 The real star dish of any birthday is the cake but since we have a 1-year-old and are fairly crunchy I instead made a watermelon cake. There are a ton of much better examples on Pinterest, but I think it turned out pretty great and let me tell you, babies love watermelon. I bought the candles at the dollar store.

For everyone else, I made rainbow macarons (nothing easy or economical there, I don’t encourage the attempt). 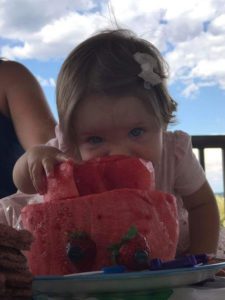 No one wants those. I don’t want to buy or make them. They are super fun for kids but it just equates to more crap in your house.

I’m a minimalist at heart, so I do my best to be direct and specific about wants and needs. For my daughter’s birthday, we only asked for a contribution for a music class for her. I think this is becoming a more and more acceptable practice, one I fully encourage. Thanks to our guest’s generosity, we are able to send Suzanne to this class until April!

If your guests think this is tacky, they’ll get your baby something else – and hey, that’s ok too.

Plan for about a good 2-hour party, which is all any baby can really handle. You can also probably swindle your last guests into helping you get all your leftovers back into the car (thanks, Sara!) 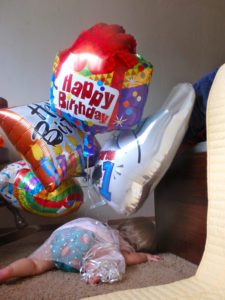 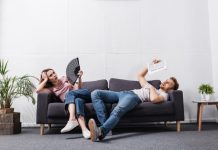 How to Keep Cool Without AC