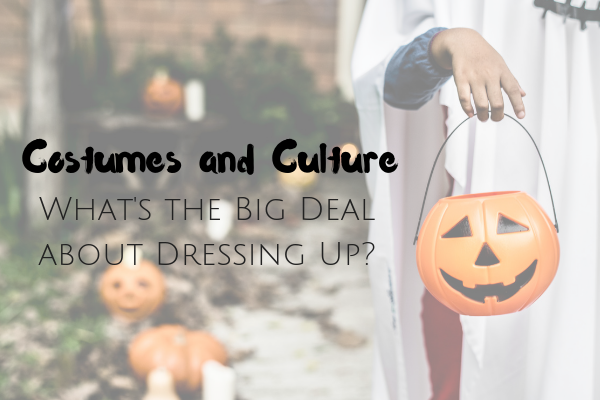 Every Halloween season there is a fresh new controversy over what is or isn’t an appropriate costume. What is cultural appropriation? It’s complex and confusing, to say the least.

Let’s start with a definition:

Cambridge dictionary defines it as “the act of taking or using things from a culture that is not your own, especially without showing that you understand or respect this culture.”

So it is NOT black and white. This isn’t easy. Intent, knowledge, respect and power imbalance all play a part in defining something as appropriation.

Is the costume a culture, ethnicity, or stereotype?

These are always disrespectful. This includes dressing as a Gypsy, Native-American, person of color, Mexican, Muslim, Catholic, if the costume says “urban” on it. ANYTHING that involves stereotyping a group of people is not an acceptable Halloween costume. BUT there is an exception to this rule. If you yourself are of native decent and you chose to wear the traditional regalia of your people that is obviously fine. Intent and power imbalance are important.

Does the costume involve anything sacred?

The sacred should always be off limits. Do your research. Unless it is your culture you may not wear a feather headdress or a bindi, and you may not paint your face like Calaveras (Mexican sugar skulls.)

Is the costume a specific non-fictional person?

This is a grey area and intent and power balance play important roles here. If you or your child is dressing as a historical figure they should be doing so with respect. The costume should not be a caricature that exploits stereotypes, should not involve hairstyles or accessories that are significant to marginalized peoples and it should not EVER involve blackface.

So what is an OK costume?

Unicorns, ghosts, vampires, super heroes, space aliens, wizards, just about anything imaginary. Fictional characters and fantastic beasts are safe with a few exceptions. What if your kid wants to be Moana or Jasmine? Because these are specific fictional characters dressing as them is not exactly cultural appropriation. But, because they represent marginalized peoples, it’s not really an ideal costume for a child who is not a member of the marginalized group. If you can’t talk your kid out of it, make sure that you are really sensitive about the costume and do your best to be tasteful about it. Just do your research. 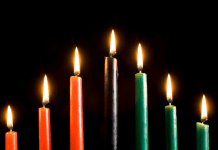 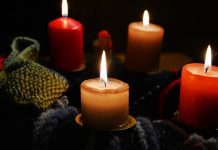 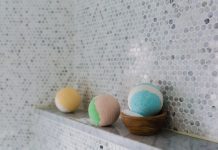 What to Do Indoors in December With Young Kids