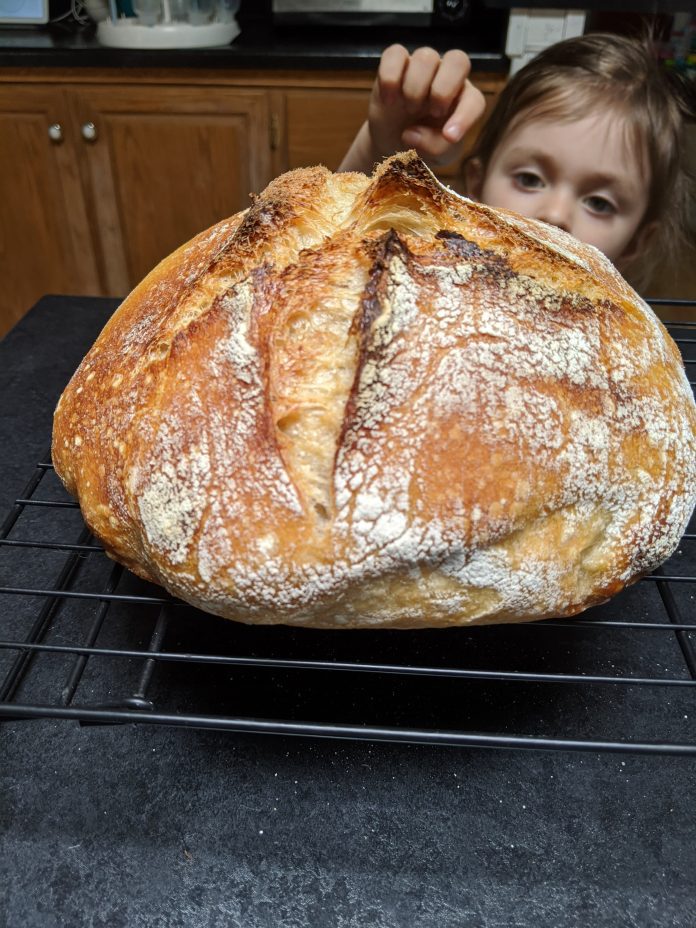 I’ve previously written about some of my quarantine ups and downs, and if the world ever goes back to normalcy there is one thing I definitely will be taking with me. Bread-making.

I’m sure you’ve seen or know someone who decided to try baking bread for the first time during self-isolation since it can be time consuming and I 100% was one of those people.

On day 1673481246 of isolation where I was just tired of being tired and having seen what I feel like was the 10th million post on Instagram about bread making, I decided to try my hand at it. We were lucky enough that for whatever reason we had a few packets of yeast in our pantry already and plenty of flour so it was just a matter of googling a quick recipe to get started. That first attempt was… not so great. 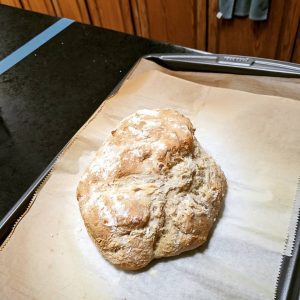 I realized I was in maybe a bit over my head. Knowing that no woman is an island, even in self-isolation, I decided to call up one of my dearest college friends who (would never say this of himself) is basically a master baker. I picked his brain and let him encourage me “You made bread! It’s not pretty, but it’s bread!” and after getting a better recipe I gave it another go. 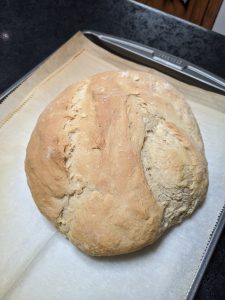 There is something so amazingly satisfying about eating warm bread out of the oven that you made. I wanted that feeling to last forever. But wait! I only had one packet of yeast left and my husband had laid claim on it for pizza crust! If I was going to keep on this high of bread-making I was going to have to do something that scared me: make sourdough.

Making a sourdough starter honestly isn’t that hard and there are a LOT of great resources (some links below) out there to get you started. It just takes a LONG time. From the time I decided I wanted to make sourdough bread, to the time I was finally ready to bake, was almost three weeks.

And let me tell you when I finally had my first loaves out of the oven, all I could think is why haven’t I always been doing this. Sure, it takes some forethought (from the moment you decide you want bread to actually cutting into that beautiful crumb is about two days) but it is probably the easiest thing to make with littles in the house. Now I can easily say that I make about two loaves, if not more, a week. If you are thinking about trying your hand at bread-making I encourage you to go for it. There is almost nothing better than producing something for yourself and others to enjoy, and the task helps you to forget some of the troubles and woes of the day. If I can do it, you definitely can. 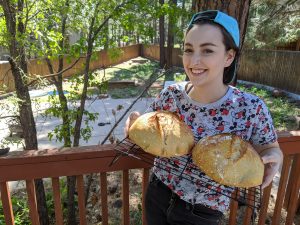 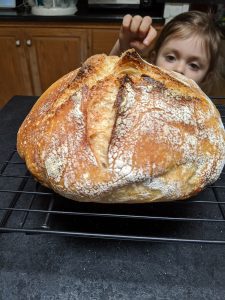