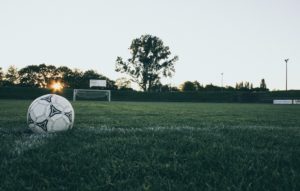 What I never expected was becoming a legit “soccer mom” mom. And what I mean by that is the mom who 100% commits to supporting their kid in playing on a competitive travel soccer team starting at age 6, whereas the season lasts about 8 months.  Oh, and signs up to be team manager too. WHAT?? Who have I become? Soccer is life for four years now.

To quit or not to quit…that is the question

My oldest son, Zane, is now 10, and just finished up his 4th year of competitive soccer. And he wanted to quit. OR take a year off as he put it, and try other things. It’s his decision ultimately and I gave him the time and space to make that call for himself. It’s a funny thing though, I didn’t realize how much his decision, to keep playing, or not, impacted me personally.

He was pretty well done and ready to not come back to this team, a team he helped start. He was one of the original kids. What a long four years. He wanted a break badly. Things hadn’t been so great the last season. Mostly conflict among his teammates. It was a tough year. Not just on him, but me too. Being so involved with the team doesn’t make it easier, it makes it far worse. Even his dad was ready for a break. And he’s just a parent on the sidelines at tournaments.

But then a few things changed with the team make up and also transitioning to a new club. This also means good news for me from a team manager perspective. And I’m at complete capacity right now, so I needed the break as much as he did. However, with these changes, he’s made the decision to stay on the team. I’ve been back and forth from relief and happiness to feeling like there’s this emptyness, or sadness in a way. It’s all we’ve done for 4 years! Now what?

Through all this decision making and deep thought on whether Zane would continue with soccer or leave the sport, even temporarily, I too had a moment. I had some revelations about how emotionally attached I had become to him playing competitive soccer and on this particular team. You know when you see your kid have passion for something and they excel at that specific thing? We saw it in him at age 6. He was a rockstar on the field playing recreation leagues and just knew this was the right thing for him. Because joining a competitive soccer team at age 6 DOES sound crazy.

But being on this team, being coached and mentored by his particular coach (who he adores), and creating friendships with kids he would not have otherwise, creating these bonds, has been life changing for Zane. And me, as his mom. To watch how he’s grown not only as a soccer player, but as a human, has been quite rewarding. Maybe that’s where the emotional attachment for me stems from. To see him potentially part from something that has had such a huge impact on him, helped him grow as a person, was pretty bittersweet. But alas, we will continue this path for now. And we’ll continue to support him no matter what choices he makes about playing or not playing, down the road.

Soccer is life, for now

So I’ve come to terms with the fact that we’re in this again, for another year. And maybe this one will be the last. Or maybe it will one more year of many more to come. At the end of the day, I realize how invested I am through my committment and support of something for my kid. The game of soccer. And I’ll be just as invested in anything else he chooses to do, or if he decides to really move on from playing soccer one day, and he will. That’s what we’re suppose to do anyway.