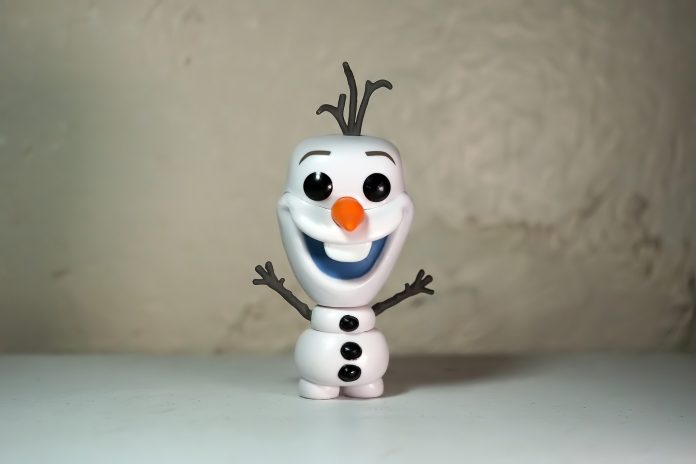 One of the joys of parenthood is looking forward to watching a new kid’s movie with your little crew. The youngster inside of you gets excited just like she did thirty years ago, possibly someone pops some popcorn, and everyone settles in together. It fills you up with the warmest, fuzziest feelings of hygge. At least for the first time, and maybe even the next ten times (but probably not the forty-seventh or the hundred and forty-seventh time). Animations have evolved into this hybrid zone of being entertaining for both adults and kids. How fun it is when you get a belly laugh from the grown-up humor in a kid’s movie, and you look over to see your child kind of going heh heh, confusedly wondering, what did I miss that’s so funny… but mom thinks it’s funny so I do, too.

The first time I watched Frozen 2 was when it was released on Disney+. The pandemic was in its early stages, a waterfall of guidance and information led to great confusion, teleworking had just begun, and fear was rampant about the unknowns. And I was watching a talking snowman drop knowledge bombs and dish out sage advice on the screen.

“We’re calling this controlling what you can when things feel out of control.” Oh my gosh, I DO still have control of some things, I thought as I nodded vehemently over Olaf’s wise coping mechanisms.

“This will all make sense when I am older.” Yes, I hope so, I thought as I watched Olaf sing his heart out.

“My theory about advancing technologies as both our savior and our doom.” Ugh, that’s so true, I accidentally said out loud as my husband gave me a strange look, peering over his laptop wondering with whom, exactly, am I having a conversation.

“Um, turtles can breathe through their butts.”

…hearty laughter. All this sage advice, and in a pinnacle, heartbreaking moment of the animation, this little factoid is thrown in. Thank you for enlightening the world, Olaf. I needed a good laugh. But is it true? I thought you’d never ask! Well, essentially, yes. But technically, no.

Once upon a time, biologists wondered about how certain turtles could stay underwater for excessively long periods – sometimes for months at a time while trapped below thick layers of ice – without ever coming up to take a breath. There is actually more than one way that such a feat can be achieved, but certainly the most fun one to talk about is “butt breathing”. Biologists studied multiple species of turtles that seemingly had this ability and noticed currents around their turtle nether-areas. They could determine if water was moving and where it was going (yes, into the turtle butt) by using things like suspended silt or dye in the water.

One question led to another, and eventually the tissue and cells around the cloaca of these special turtles were investigated. The cloaca is similar in function to the butt in that it also expels digestive waste, but it additionally functions as a part of the urinary and reproductive tracts. It’s an all-in-one package. What scientists discovered were specialized cells of the cloaca that can extract dissolved oxygen from the water, and this was dubbed cloacal respiration. This is similar to how water passes over the gills of fish, allowing fish to extract oxygen from the water instead of breathing with lungs. It is a process of gas exchange that results in respiration. Respiration occurs inside cells and is a metabolic process that creates usable energy for an organism. Breathing, on the other hand, is a voluntary act that includes inhaling and exhaling air through the lungs. So where does this information land us on fact checking Olaf’s turtles-are-butt-breathers statement?

Basically, yes, it is butt breathing – turtles are getting the essential life force of oxygen through their butts. But technically, no, it can’t be considered breathing because lungs aren’t involved, which is why scientists dubbed it respiration.

Now that you know Olaf essentially spoke the truth about the ability of some turtles to breathe through their butts, are you also wondering if wombats really poop in squares? I think I trust Olaf’s never-ending wisdom.

My apologies if you started reading this article and thought you were about to find thoughtful ruminations on creating family togetherness during a pandemic, and instead found information about turtle butts. I hope you still turtle-y enjoyed it.