Everywhere we go, people refer to my son as “she.” I’m not talking about a few times. I’m conservatively estimating it’s happened 100 times. It’s almost daily, and he’s 14 months. It happens no matter what he’s wearing.

People have called him “she,” when he’s wearing a blue shirt that says “dude” on it, when he’s wearing a gray shirt with a giant mustache on the front, and when he’s in a giant blue stroller. He doesn’t have long hair. There are no context clues that point to him being a girl.

But, no matter what, day after day I hear, “Such a pretty girl,” “She’s so beautiful,” and “Hello, Princess.”

It feels strange that I’m so bothered by it. I don’t go out of my way to dress him in “manly” clothes. He was given a bunch of these clothes from family members. I didn’t choose a blue stroller because he’s a boy. I just liked the stroller. Yes, I agree that he is “pretty” and “beautiful.”

One problem is that when I correct people (which I almost never do anymore), they care. They care a bunch, even though he’s a baby. They get super embarrassed and quickly make up excuses to try to justify their assumption. One person told me, “The yellow shirt threw me off.”  I mean, what? Since when is yellow a no-no for baby boys?

Maybe they can’t handle being wrong when it comes to gender because it might reflect some failing on their part. It would definitely be better if they just said, “Oops, sorry little guy,” but instead they look for some external reason, and that reason usually puts the blame on me. Like, what kind of mother puts her boy in a yellow shirt?

It’s exhausting to spend so much energy on these interactions. I brace myself when a stranger comes up to talk to the baby because I know the, “What’s your daughter’s name?” question is inevitable. Or, if we’re at a restaurant, “Would your daughter like some crayons?” If I’m alone I just roll with it, but it’s trickier when I’m out with friends or family. They feel obligated to correct the stranger, and then we all get to hear the odd excuse the stranger fishes around for. After the stranger leaves, whomever I’m with will say something like, “That was weird,” and I’ll feel justified.

IT IS WEIRD, right? Has anyone else experienced this? Why do you think folks are so quick to make these gender assumptions and then defend them? 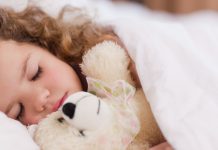