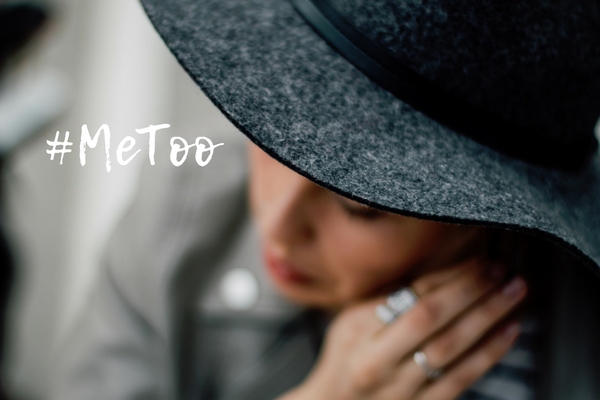 I spent the better part of a decade employed by the film and television industry. It paid my bills and provided health insurance coverage so amazing that I only paid $100 for my child’s hospital birth. The industry was good to me. I worked alongside numerous Emmy and Oscar Award Winners. And, although my overall experience in the industry was positive and safe – sadly, I can still say #MeToo.

If you’ve spent any time on social media recently you’ve probably seen the national news regarding a Top Level Film Executive. Women (and men) around the world have raised their voices in response to the accusations and #MeToo began trending on social media. Survivors of harassment and abuse are stepping forward to share their stories and prove that this is not an isolated incident. Note: If you are a survivor and haven’t shared your story – that’s OK. It’s your story to share or keep.

I grew up in a family grounded in the entertainment industry. My parents met while both working at a global Television Network. My Dad founded his own business rooted in film and TV production and my Mom managed the office and invoicing. I had a happy childhood – one filled with fun experiences unique to my family’s ties to the industry. Once, I remember my Mom picking me up early from Summer School and driving us to a local amusement park. I had no idea where we were going or why – but she mentioned we had to visit my Dad on location where he was shooting. I shrugged it off, nothing unusual – he probably needed a special piece of equipment delivered and my Mom wanted company and a carpool buddy.

Upon arriving at the amusement park I learned that they were short on kids for the commercial they were shooting and asked me to step in. I happily played games and made faces at the cameras alongside the other kids. Weeks later when the commercial aired on TV I was the talk of the playground. How lucky I felt!

Years later I joined my Dad as an intern on an Emmy winning TV show. I got a taste of the energy and the pace of the work and I fell in love with the business. I started freelancing alongside my Dad in his business – setting up equipment and slinging sandbags – the exact opposite of the glamor one might expect. Many of the men I worked with, shoulder-to-shoulder, were many years my senior. These men had known me since I was a child and treated me with respect and kindness. They mentored me and showed me the ropes.

I learned early on to keep my head down. I dressed in functional clothing and worked my butt off to prove I was just as strong and useful as any of my male peers.

Eventually, I went on to Film School and secured a Summer Internship at a major Movie Studio. The corporate world was dramatically different from the film sets I was used to. But, I quickly learned the hierarchy and again, kept my head down. I liked my work at the Studio and received a job offer post-college. I formed a tight-knit bond with the other Assistants working in my department and we would share wide-eyes when a Senior Employee would make questionable comments. In hushed tones over lunch, we would compare notes and encourage one another to report the comments to HR.

We were confident that if enough people came forward – the file would grow thick enough that the company would need to deal with it.

I moved on from the Studio and began freelancing on Feature Films. The Producers and Directors I worked with were good people. Most all of them male, but I never felt uncomfortable around them and they certainly never said or did anything to me that was inappropriate.

The film and TV business has long been known as a “boy’s club.” Women have a harder time moving up and receiving credit for their work. It’s wrongly assumed that “women aren’t as funny as men” or “can’t do XYZ job as well as a man.”

I call baloney on all that nonsense.

You know why? Because women can do it all, here’s an example.

Unfortunately, sometimes it takes dramatic news and tragedy to force an industry to wake up.

But, as we’ve seen recently – this behavior is not isolated to Hollywood. I’ve read so many deeply personal testimonies from women coming forward to share their own #MeToo experiences.

I vividly remember my college teammates and I talking about coaches that had overstepped their boundaries. There wasn’t a single girl in that locker room that didn’t have a story about a coach taking advantage of a player.

If you came here looking for gossip or to see if I named any names. Sorry, I’m not going there.

I did want to share that yes – Hollywood is rife with harassment and sexism. As are many industries.

Perhaps, I was lucky (I shouldn’t have to be) that my experiences were minor compared to many. But I saw it over and over again – the comments, the looks, and the behavior. It’s not okay. It’s NOT okay. And if Hollywood has to dethrone a media mogul to allow survivors the platform to share their stories – then I’m glad.

Not all the men in Hollywood are bad. Not all Hollywood Producers abuse their power. I can testify to that. But if we learn anything from #MeToo let it be that we must allow survivors to speak and heal. This is not a new problem or a new movement for that matter, but right now in 2017, we’ve got the world listening – let’s speak.