Many classics are racist, should we read them anyway? 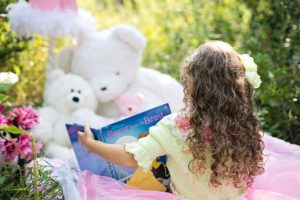 Reading to children is arguably one of the best ways to set them up for success but many classic children’s books are racist. Should we continue to share our childhood favorites?

Little House in the Big Woods

I absolutely loved this series, I read it repeatedly. It describes the experience of a pioneer family colonizing the west. As a child I enjoyed the pastoral charm and romanticized the simplicity of the lifestyle portrayed. But besides the obvious problems with romanticizing colonization and manifest destiny, there are several instances in the series where Native peoples are referred to as subhuman and depicted as frightening.

The Cat in the Hat

Theodore Suess Geisel was a rasist. In addition to being a prominent children’s book author and illustrator he was also a political cartoonist. His cartoons frequently portrayed negative stereotypes of Japanese and African American people. He drew black people as monkeys and asians with pig snouts. His racism is more subtle but still present in The Cat in The Hat, where the character of the cat is based on black-faced characters of minstrel shows.

The anti-indigenous sentiment in Peter Pan is so blatant that multiple characters use racial slurs.

Should we read these books anyway?

Ignoring the racism of our history is turning a blind eye to the injustices that continue to plague our society, but are racist children’s books a good way to facilitate the conversation about racism? Not really. Interrupting the story to explain that Peter used a racial slur, or that Ma is dehumanizing indigenous people is taking the magic out of the read-aloud experience. There are countless books available that do not denigrate minority populations, we should be reading those instead. And saving the questionable classics for later years, when our children are already familiar with racism and will be able to point out the problems themselves.

If you really can’t resist sharing you childhood favorites the best way to do it is to educate yourself thoroughly. Read the criticism, understand the history and even selectively censor (in Little House on the Prairie, refer to the displaced people as the Osage, instead of Indians, explain that Ma and the others use their fear and racism to justify stealing the lands of these people). Be prepared for a heavy conversation and make sure you also diversify your bookshelf. Read stories written by a wide variety of people from a wide variety of backgrounds.