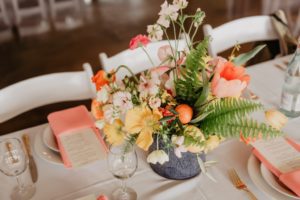 Warmer days got you wanting to trade out your Uggs for spring sandals? Maybe it’s time for a closet clean-out? I know that may not sound real fun. But what if you got to attend (or host) a “naked lady party” when you were finished wardrobe purging? I clean out my closet every six months, and in January, an invitation from a friend to a “naked lady party” caught my eye and motivated me to get the job done.

Let me explain. While there were no scantily clad women making a buck that night, there were several partially clothed middle-aged women making out like bandits – well, at least leaving with a smile and a bag full of clothes that were new to them.

Whether you’re purging your wardrobe, going minimalistic, tidying up Marie Kondo-style, or just making room for some new items, having somewhere to take your give away items or someone to give them to can be highly motivating. Having a target date by which time you need to have the project completed also will give you a sense of urgency.

So, whether you drop your clothes off to your favorite local charity or you have friends that wear your size and get excited to receive your hand-me-downs, as the saying goes, “One women’s trash is another woman’s treasure.” Thus, the idea behind the “naked lady party.”

If you decide to host your own “naked lady party,” you’ll want to give your friends about a month’s notice so they have time to go through their clothes. In the invitation, ask each woman to also bring an appetizer or a dessert the night of the party. And you may also suggest wearing bike shorts and a cami for quick and easy try-on time. Some will, some won’t, hence the name of the party.

Then, a couple days before the party, you’ll want to dedicate four rooms or areas in your home to four different categories of clothes. At the first party I attended, most women dropped their items off a day or two before the party and the hostess arranged the items in the rooms before we arrived. Another hostess let us spend the first 30 minutes sorting our clothes in the designated rooms. I have to say showing up to the rooms already sorted was a fun surprise!

The night of the party, we brought our appetizer or desserts to share, and the hostess provided adult beverages, clearly enhancing the mood of the evening. The hostess divided us up into four groups of 3-4 ladies, and each group started in a different room of the house. There was a room for jeans & pants, a room for skirts & dresses, another for pajamas & accessories, and another for shirts & sweaters. We were given 3 minutes to try on as many clothes in our group’s assigned room as we wanted to. But we could only take 3 items from the room. When the alarm went off, we rotated rooms and again had 3 minutes to try on clothes and select three items.

After each group made it through all four rooms, we came back to the kitchen for refreshments, mixed up the groups and were assigned to rooms again for round two. During the second round, we only had one minute per room and could take another 3 items. After that round, more refreshments, new groups. Round 3 we had 3 minutes per room, but you could take as many items as you wanted.

After all three rounds, we had a “show and tell” of sorts where we showed off our spoils and thanked the women for giving us their items. It was really fun to see who went home loving what I hadn’t worn in years or couldn’t wait to get out of my closet.

There were, of course, items that were left at the end of the night, and the hostess bagged those items up and gave them to the charity of her choice. So set a date for your “naked lady party,” invite your friends and start cleaning out your closet. Someone is going to be so happy you did! 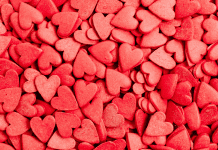