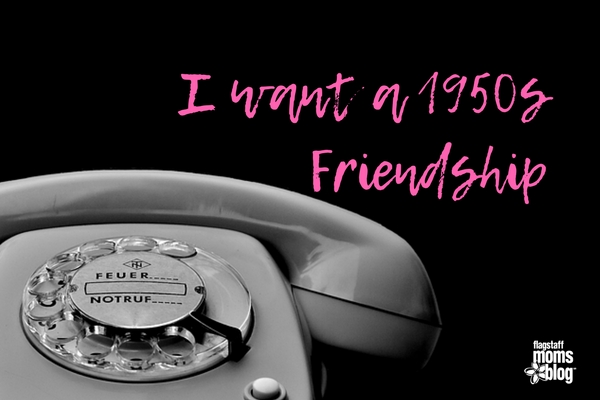 I did it. I decided to stop using Facebook for in-town friendships.

If you’re reading this blog, you’re probably a lot like me. We meet people and one of you says, “Oh, are you on Facebook? Let’s be friends.”

No. More. That ends for me now.

And here’s why: I am disgusted by how much I replace REAL connection with friends through Facebook.

Instead of getting together for coffee, I scroll their Facebook feed to see what’s up with them.

Instead of asking a friend if “we” are okay because we haven’t gotten together in a while, I like their Facebook posts and hope they like mine.

Why? It’s all so pointless! And exhausting.

Well…not entirely. We can still use our cell phones and text. But I want to stop being a voyeur in your life.

Yes, my circle will probably get smaller. But as the Disney “Bad Hair Day” movie’s spunky former cop and mother-like figure “Liz” says:

“…the people who are worth keeping? Right? They’re always gonna be around.”

You know you have serious “real connection” problems when you can’t stop the tears from falling during a made-for-TV Disney movie.

I’m not sure what started this. But I am sure what I want out of my friendships moving forward.

I want friends who…

Now…all that said…I also want friends who are low maintenance. Friends who can pick up right where we left off if (more like – WHEN) our lives get busy and we don’t see each other for a month.

Basically, I want to cut through the BS of modern life. Is it possible?

In the 1950s, women had friends and they had acquaintances.

Additionally, I want to give acquaintances the opportunity to become real friends. That doesn’t happen when you become “Facebook friends” and then just learn about each other via a computer or smart phone screen.

Back in the 1950s, Betty would give Cindy her phone number and then one or the other of them would have to be bold enough to actually call and get together.

As simple as it sounds to just unfriend people I feel are acquaintances…it’s not simple at all. Feelings get hurt and I don’t want to hurt anyone. I genuinely LIKE my acquaintances.

To make it even worse, Facebook’s recent decision to change all our feeds to “Top Stories” has made it so I don’t see posts from my apparently less-popular friends. I’ve changed my little newsfeed preference a thousand times, and every time I log back into the darn thing – it’s once again showing me Top Stories.

When I run into friends in real life, I hear, “…but I posted it on Facebook,” when I ask about something or didn’t know something that happened in their lives. The assumption has become that I  simply “know” because it was a post.

But that’s not possible. And that’s what I want to stop.

I can’t “get off” Facebook. I need to be on it for my profession, and I do love it as a way to stay in touch with out-of-town family and friends.

But I’m implementing a new rule that I will not have in-town friendships through Facebook (well, except for one who just could not handle not being my friend on Facebook).

My answer to that “Are you on Facebook? Let’s be friends!” question will be: “Not for in-town friends. Let me text you my number so we can stay in touch/get together/schedule a play date/etc.”

I will have to put forth more effort, but typically…you get back the same effort you put forth.

I know it’s not a perfect solution.

In fact, I’ve already run into a situation where I needed to issue an “all call” for help and realized I no longer had that option. I would need to individually text/call friends. But I don’t think that’s necessarily a bad thing…I had to stop and think who might be available and who I’d like to spend time with, and that’s kinda cool.

In the long run, this could be a massive failure and no in-town Facebook friends will want to join me in my quest for 1950s friendships.