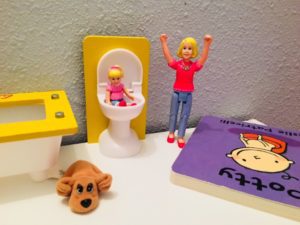 Last spring my daughter was attending a preschool that allowed for non-potty trained 3-year-olds, but I was soon moving her to a different preschool that did not allow any diapers whatsoever and the clock was ticking. As the months turned into weeks, I knew I needed to buckle down and get it done. My daughter did great at the number one part, but number two… not so much. I just couldn’t get her to once and for all only go potty on the potty.

Then one day I was talking to a child specialist that had been helping me with a few things and I mentioned our potty training dilemma. She gave me a coloring book-like printout of a fairy following a path to a castle. The path consisted of numerous circles. She explained that the idea was to use it to reach a goal you are trying to achieve (potty training). Each time the child makes a step toward reaching that goal, you mark off a stone on the path. When all stones are marked off, the child can get some sort of reward (candy, book, a trip to the zoo, etc).

I decided to try it. And it worked.

First, I sat down with my daughter and explained that the plan was to let her color in or put a sticker on a stone each time she went potty on the potty. But before we started, I took her to a toy store and let her pick out something she wanted to work for as her reward. She chose a cute necklace with a ballet shoe pendant.

Then we got down to business.

For the next few weeks, my daughter worked hard at getting all of those stones filled in. What happened when she had an accident in her underwear? I could have just not allowed her to fill in a circle, but I decided this was serious business and I drew in an additional circle. All in all, I think I only had to draw in two new circles and within a few weeks, she had reached the end! She was so proud of herself when I finally gave her that necklace she had worked so hard for! Now over four months later we are well situated at the new preschool and have had zero accidents since!

With the colorful printout, stickers, and a reward at the end, it was more of a fun game to my daughter instead of a chore. It actually ended up seeming easy and even enjoyable! I knew I wanted to try this technique again in the future on other obstacles we might face, so I quickly made a new printout of my own that we could use again and again. I have attached it below for you to use as well. 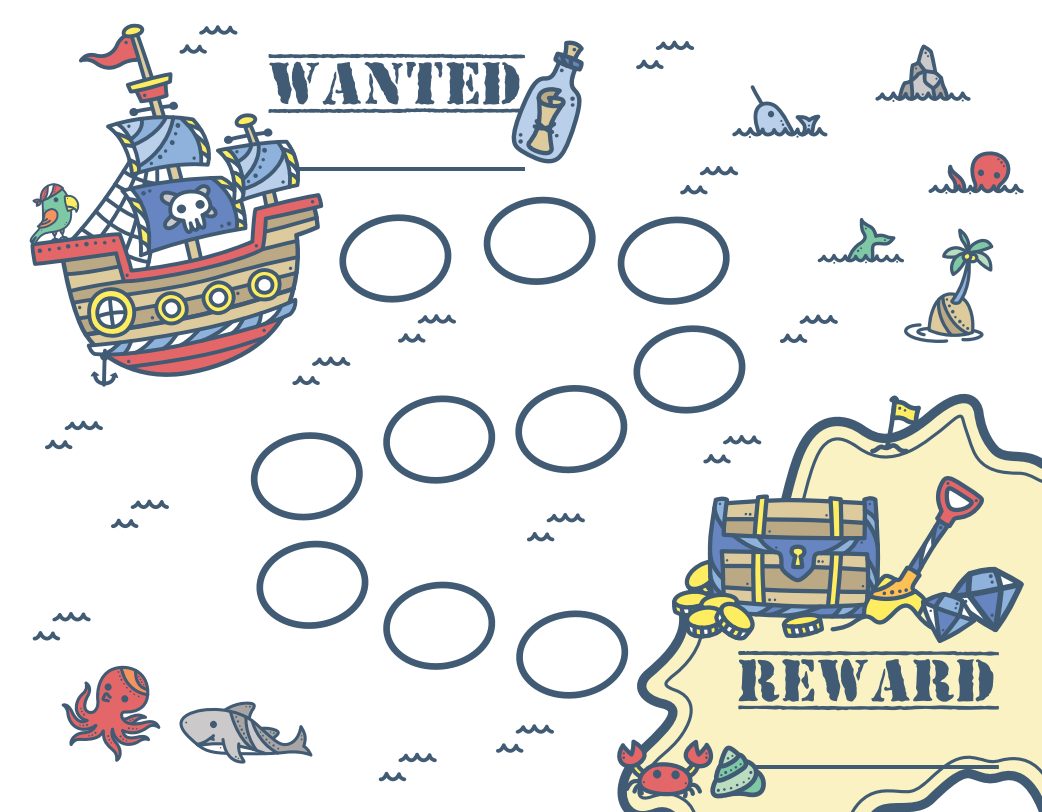 It’s a pirate ship heading towards an island with a treasure chest (all kids like treasure, right?). The circles (or I like to think of them as coins) leading to the treasure chest can be checked off, colored in, or you can put a sticker on them. I even left some space in case you need to add some coins of your own if you’d like. Lastly, I added a line below the text, WANTED, where you can write the child’s name, and a line under the text, REWARD, where you can write what they will receive when they have reached their goal.

If you happen to use this, let me know how it works! And if you have any great tricks you use to get your kids to reach a goal or overcome an obstacle, let me know as well – I’d love to hear!