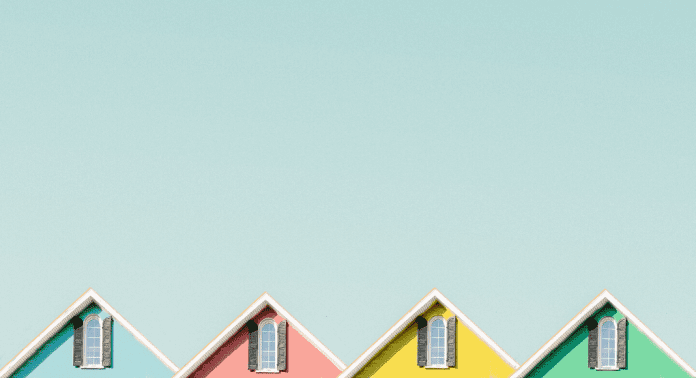 “Be kind and treat others how you want to be treated,” was the refrain I was raised with. “We don’t even see color,” my generation professed, and I thought that was enough. We’re all equal, right?

The last few weeks have hit me over the head with another dose of reality and truth.

No, we are not all equal, no matter how much we’d all like to believe that. And we do see color. Proclaiming otherwise is a lie.

Growing up in Phoenix, I was raised with, friends with, and worked with many people of color. In Flagstaff, my personal and professional circles are mostly white. I remember thinking how strange that was when we first moved here, but I got used to it. Effortlessly. Because I am white, and it was unconsciously easy for me.

Talking about color, about racism and privilege, is uncomfortable. I’m uncomfortable writing this. There is a part of me that is still resistant to confront the bias that undoubtedly lives within me. It wasn’t until a few years ago that I even began to really explore the term ‘white privilege.’ Privilege? I was raised without much money. My mom had to work nights to make ends meet and we had mice and roaches running through my childhood home. I’ve worked since I was sixteen, I worked my way through college. My husband and I had practically nothing when we moved to Flagstaff. We’ve worked hard to make sure our children live a good life.

And yet, I never fully realized that we’ve had every advantage to do that because of the color of our skin. I’ve never had to think of my race as an obstacle to overcome. And privilege has nothing to do with working hard or having money.

A few evenings ago, a friend and I were taking a walk when we heard a loud domestic dispute. The sight of two young children stumbling out the front door, both crying, stopped us in our tracks. We exchanged wide-eyed alarmed stares with a couple who was walking their dog as they headed over to join us.

My heart broke open at the sight of the children, scrambling and jittery with fear. They told us their mom’s roommate was “going crazy” and that they were fearful of what would happen.

The shouting and screaming intensified, the walls seemed to shake with a loud pounding. The adults all looked at each other, and the male neighbor held up his phone to us. “I’ll call.”

My friend and I crouched on the sidewalk with the kids, shakily trying to distract them with benign questions about school and outdoor activities. The police arrived, heading straight inside the home with their radios, no pause.

Suddenly, their mom burst out the front door, angry and tearful. She joined us, trying to explain the situation. She was fearful that the police would believe her roommate over her, that she would be the one arrested even though she didn’t do anything. “No, Mom!” the little girl cried, her eyes wide with fear. “You can’t go to jail!”

“They don’t care what happens to people of color,” the boy said with a heart-wrenching wisdom beyond his years. “And they throw kids like us in cages.”

If this had happened a few years ago, I probably would have assured them that would never happen. To many of us, this fear is unimaginable, the fear of trying to make a life and raise a family in a world that is against them but won’t admit it. In light of recent events, the dismal reality ached in my heart. If we told them not to worry, that they were safe and protected, it could be a lie. Knowing this, we tried to comfort and distract them the best we could without making empty promises. We assured their mother we’d heard the threats toward her, that we’d tell the police exactly what we heard.

A long while later, the situation was de-escalated, the roommate removed, and everyone safe. The police took our statements and the mother loaded the kids up in her car for them all to head to their grandmother’s house for the night.

I pictured my own kids, safe at home, and tucked into their beds while their dad read to them. Never once have they had to worry for their safety, wonder where they would go that night if their mom would be falsely accused and arrested if they’d be lost in the system or put in a cage. They have the luxury of trusting that things work out, never having a reason not to.

I’m not going to pretend I have any answers, but I do know that I am waking up. Perhaps it was seeing things from a lens of motherhood that finally broke me open, but I am unsettled. I’m horrified. I’m angry. And I know one thing for sure: I know absolutely nothing about what it feels like, what repressed and mistreated groups have gone through for all these years.

All I can do is keep learning, listening, and talking about it. Especially as a mother.